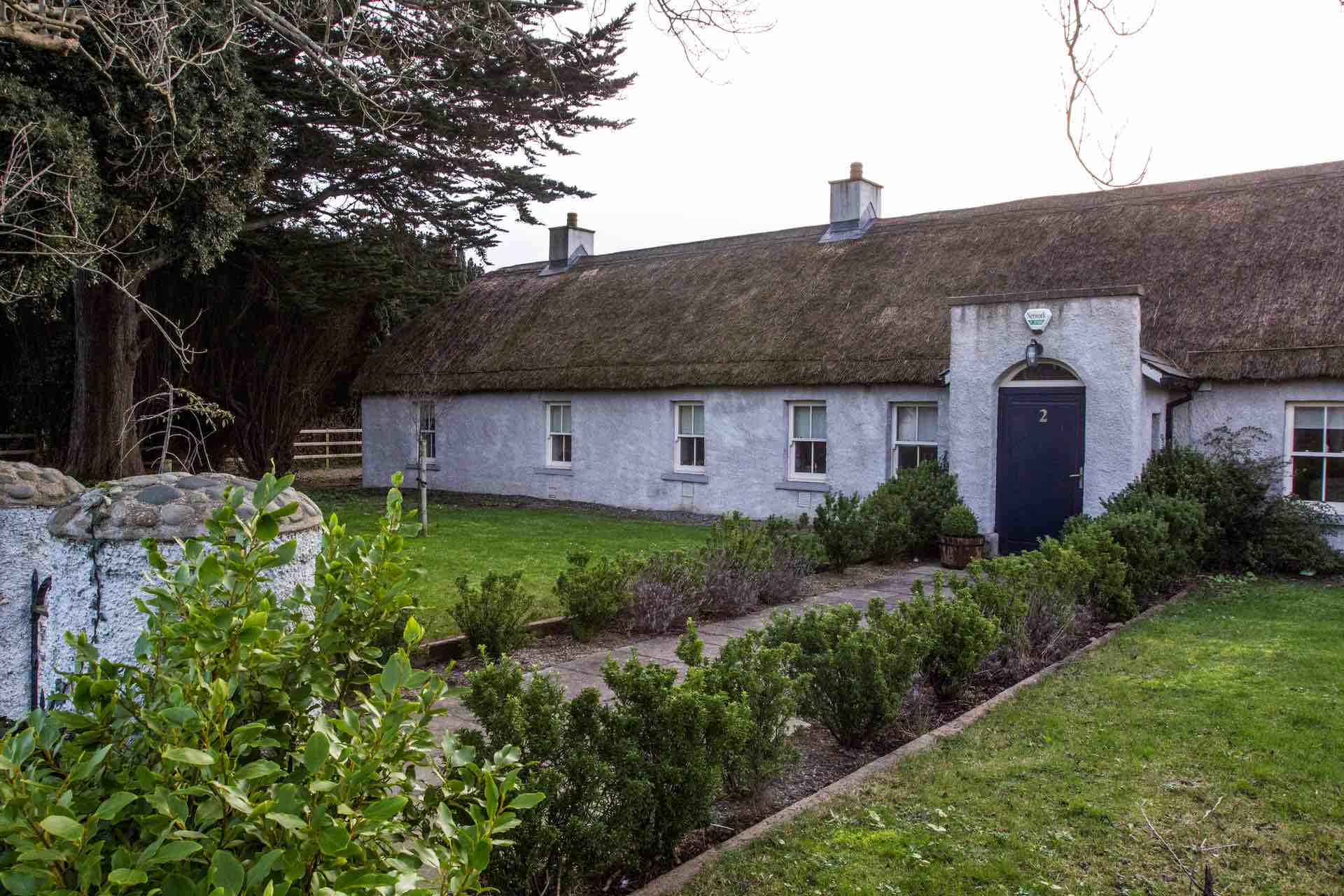 Bremore cottage, the longest thatched cottage in Ireland was in total ruins when its renovation into six town houses was undertaken by Whelan & O’Keeffe in January 2008.
Only sections of cob wall were visible above the overgrowth. The central courtyard was totally inaccessible and the roof had fallen into the centre of the building as a result of a previous fire. This unique restoration involved the use of specialist trades such as master thatchers and lime render experts for the application of traditional lime onto cob walls.
The use of traditional sliding sash windows, limestone flooring, high sheeted ceilings and brick fireplaces in lime mortar restored the original character of the building under the supervision of Fingal Co. Council conservation department. The introduction of gas central heating, modern levels of insulation and hand crafted fitted kitchens transformed these two hundred year old cottage into twenty first century homes.
The project highlights Whelan & O’Keeffe’s attention to detail and our use of highly skilled staff and artisan trades to produce an exceptional finish on every project. Despite scale or budget every site receives the same in depth attention to produce the standard of excellence we now deem normal at Whelan & O’Keeffe.

VIEW ALL PROJECTS
GET IN TOUCH
We use cookies to ensure that we give you the best experience on our website. If you continue to use this site we will assume that you are happy with it.Ok