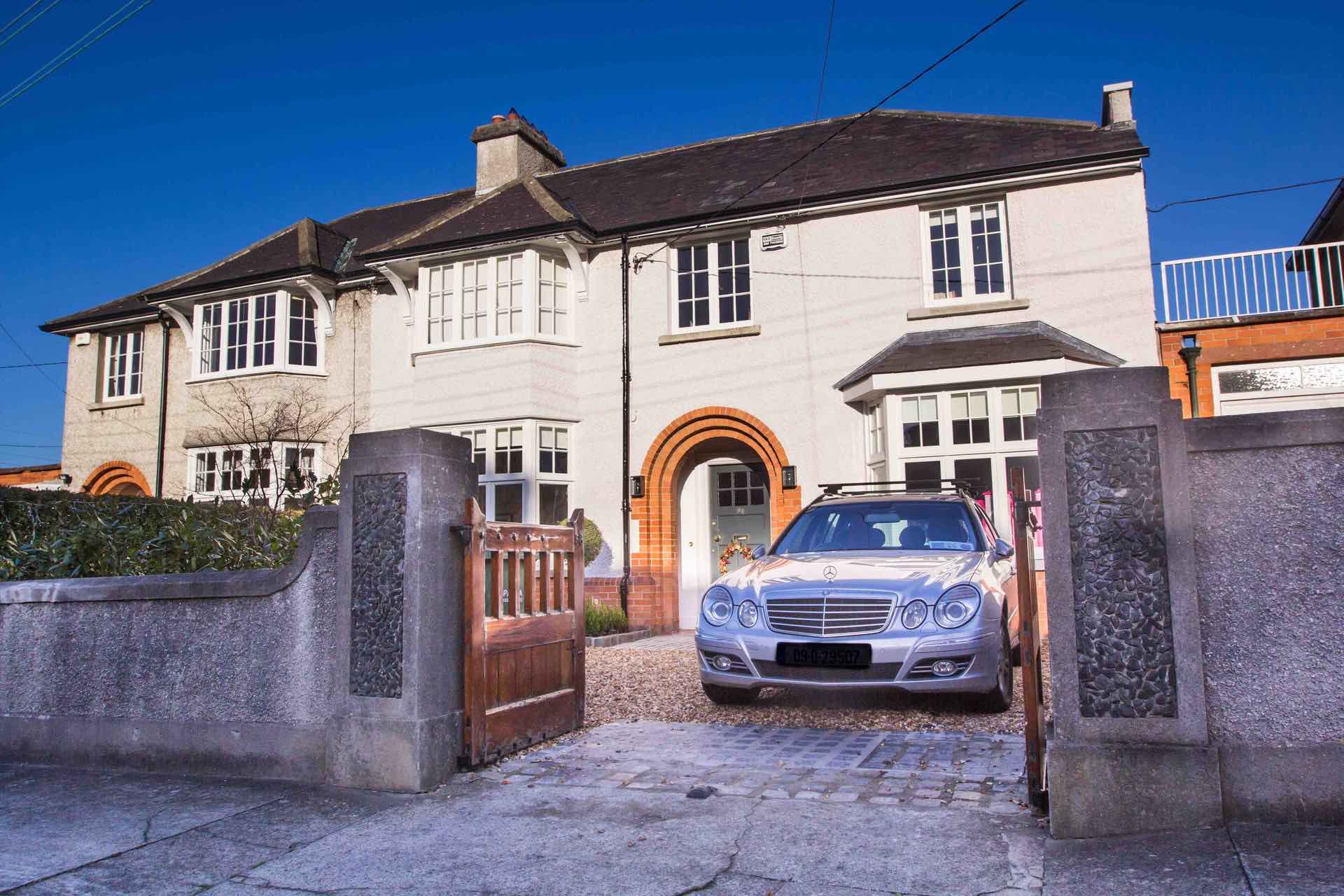 Built in the early 50’s, this aged house had undergone previous extension works over the years. Demolition of these areas was Whelan & O Keeffe’s first step in the renovation. During this type of work our in house engineer adds a level of reassurance and professionalism to both client and design team which is not offered by our competitors.

The addition of a large extension opened the rear of the house onto the extensive back garden. A new hand crafted kitchen in this light filled area complimented by a full renovation of the existing property created a large yet comfortable home. A two story side extension allowed for a new home office at ground level, while it was tied into a remodel of the first floor and attic conversion to transform how the house functioned. Previously small boxy spaces were converted to large light filled suites, while still retaining the beautiful character of the property.

The property received a full rewire and replumb. While still maintaining the original character of the house, underfloor heating, bedroom en-suites and solar panels were all added as modern comforts. All new floors and doors complimented by new windows left our decorator with the task of completing a beautiful restoration.

The project was completed on budget and on programme to our usual impeccable standard.

VIEW ALL PROJECTS
GET IN TOUCH
We use cookies to ensure that we give you the best experience on our website. If you continue to use this site we will assume that you are happy with it.Ok